Bologna is the capital of this prosperous region of Italy: Emilia Romagna. Not yet contaminated by mass tourism, the city is the ideal choice for cultural interludes as well as leisure activities and relaxation. Bologna has a number of nicknames: la dotta (the learned) for its ancient university, la rossa (the red) for the warm colour of its roofs and houses, and la grassa (the fat) for the wonderful food.

Bologna is easily accessible:
BY TRAIN - thanks to the High Speed Trains that connects Milan Rome Florence Venice.
BY CAR because all highways connecting north-south pass trough Bologna.
BY FLIGHT: thanks to the international airport, which connects Bologna to all major European cities, with standard or low cost airline companies.

The millennial history of Bologna testifies the importance of the geographical location of the city and of the wealth coming from the Po Valley: the Etruscans, the Gauls and the Romans have left many traces of their presence, their art and culture. After the fall of the Roman Empire and the conquest by the Lombards, what is now recognized as the first University in the western world, Alma Mater Studiorum, was founded in 1088, driving force to the economy and urban expansion of the city, making Bologna a cosmopolitan city projected internationally. Long periods of struggle and clashes between the Papacy and the Empire saw the defeat of the main events of the Emperor Frederick Barbarossa in 1176 and the capture of King Enzo in 1249, son of Emperor Frederick II, a prisoner to death in the building that has his name: Palazzo Re Enzo. At the end of the thirteenth century, in Bologna there are about 60,000 people (the fifth European city by population of the time). The town sees one of the moments of maximum expansion and wealth thanks also to the system of canals to take advantage of the hydraulic energy. During the fifteenth century the Bentivoglio family governs Bologna but in 1506 the city forms an alliance with Pope Julius II della Rovere and enters into the Papal State, where Bologna remained until 1860, except for a brief interruption due to the Napoleonic government. Walk today in the historic center of Bologna means relive the history, charm and culture.

Emilia Romagna is a region in North-Central Italy and it is bordered to the East by the coast of the Adriatic Sea, to the South by the Apennine mountains, to the North by the Po river. It is therefore in the heart of the Po Valley in the middle of major road and rail routes connecting the North with the South of Italy. The main road "Via Emilia" - built during the Roman age by Marco Emilio Lepido – crosses this region from East to West “flowing” like a river at the foot of the Apennines exactly from Rimini to Piacenza, crossing all major cities, all of Roman origins. Bologna is the most important road and railway hub of Italy, and in recent years the airport has had a remarkable development, both for domestic and international flights Thanks to this central location, the presence of the oldest university in Europe and world-famous masterpieces of art, Bologna has always been very active, cheerful and visited by millions of tourists and students.

Bologna has a continental climate with winters that can be sometimes harsh and with hot and wet summers. Spring and autumn, usually , are rainy but with pleasant temperatures. But Bologna’s porticoes are a good shelter from sun and from rain, making it a pleasant experience year-round 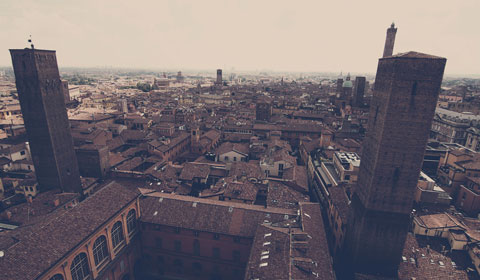 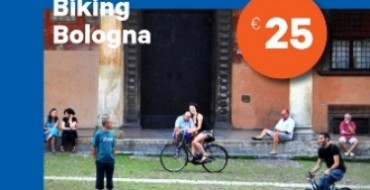